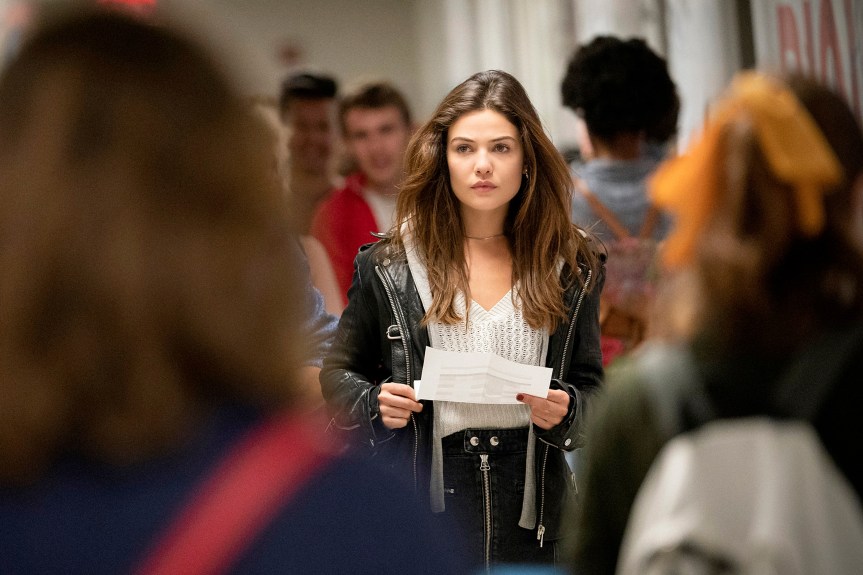 Tell Me A Story Comes To The CW: Danielle Campbell Explains Her ‘Sexy, Mysterious’ Spin On Red Riding Hood

Click here to cancel reply.
Welcome
Welcome to Danielle Campbell Online, who you may know from Tell Me A Story as Olivia/Kayla or other projects such as Runaways, Alice In Denver, Famous In Love, The Originals, F*&% the Prom and more! We aim to bring the latest news, images and more, please consider donating as it will help our site show and please visit us again!
Donate
Please donate to help with the site, this would go towards hosting, domain renewals and pictures! All donations are appreciated and will feature on a credits page! DONATE HERE
Current Projects
2020
Olivia/Kayla
Tell Me A Story
An anthology series featuring beloved fairy tales interweaving into a subversive tale of love, loss, greed, revenge and murder.
Official Sites
Twitter - Instagram - Facebook
Follow Danielle On Twitter
Tweets by daniellemcam
Family Sites

Accepting
Top Affiliates
Alicia Vikander
Accepting
Top Affiliates
Site Donations
Are you a frequent visitor to the site? Have any photos, captures, etc that you see missing in our gallery that you would like to donate to the site? If so, feel free to send them to us. If you would rather donate media or videos, that is welcome as well! Remember to include how you would like credited in the email along with the donation. What can you donate? - Event/Appearances - Magazine Scans - Photoshoots - Screencaptures Please end donations to daniellecampweb@gmail.com Please include how you would like to be credited
Site
Webmiss:-- Since: 23 July, 2020
Our URLs: danielle-campbell.net
Site Name: Danielle Campbell Online
Hits: Online: Contact: daniellecamweb@gmail.com
Disclaimer
© 2020 Danielle Campbell Online is 100% paparazzi free and a non-profit fansite. All graphics and original content are being used under the Fair Copyright Law 107 and belong to https://danielle-campbell.net/. Other images and text belong to their respective owners. No copyright infringement intended. This is an unofficial fansite.
Recent Posts
Recent Comments